Huawei, we need to talk…

Specialized press and even mass media are currently packed with publications talking about Huawei and how the Chinese company may be a threat to all of us. But having so much information can lead to a misinformed or confused audience.

Huawei is a Chinese telecom giant. It’s the world’s top telecom supplier and the world’s second telephone manufacturer. Partly due to access to cheap finance it helped decreasing equipment prices over the years, even though nowadays its equipment isn’t the cheapest anymore, its constant investment in R+D increased drastically its products’ quality and sophistication.

The main problem with the Asian company is related to the fact that the Chinese government may be interfering in its usual business development in order to allegedly include tactics and components in their products that allow spying on other countries and companies. The company has been banned and is facing trouble for deploying its infrastructure in some countries such as the US, Australia or Japan.

The latest news is that FBI set up a trap meeting at CES 2019 between Huawei representatives and a small American company that seemed to have issues with them regarding intellectual propriety.

From their side, Huawei have always maintained their innocence denying any illegitimate procedure from being used in their processes or manufacturing.

It may be difficult to follow-up all the information that has appeared related to the company over the last years or even months so here is a little recap including some of the published information regarding Huawei affairs for the last months:

This situation does not seem to have a happy ending coming soon. Like a soap opera, next episodes will need to be followed so that audience can get to know further details on the alleged conspiracy that is impacting the whole world. 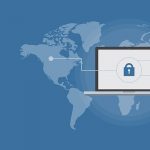 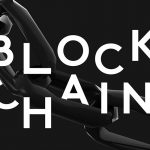 Explained: 51% Attacks on a BlockchainUncategorized